Updates will be automatically installed as they are released. (A public preview for Office 2016 for Windows will be available in the coming weeks.)

Read more about it at The Office 2016 Mac Preview is here!
Download it at Office for Mac Preview

An Outlook update is also available for Office 365 subscribers. This update provides new functionality and various improvements and fixes for Outlook for Mac for Office 365. Like the Office preview, it requires Yosemite.

In addition to fixing some bugs, crashes, and overall performance, this update introduces side-by-side calendars, allowing you to view up to three calendars side by side in Outlook for Mac. 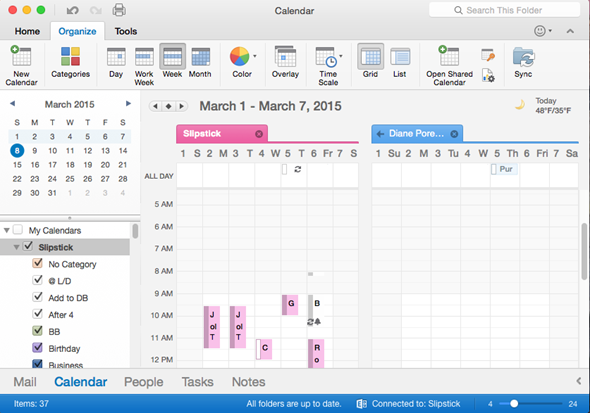